We disclose an experimental apparatus and novel methods for ester synthesis in artificial flavor production using off-the-shelf ingredients. This new approach is the direct outcome of our ongoing research in flavor mapping using mass spectrometry on convenience foods. We detail preliminary findings and experimental design, as well as a framework to build on these findings using two key innovations: the Flavor Markup Language (FML) and Synchronous On-Demand Aroma (SODA) Streaming API. On this basis we propose a new universal and distributed paradigm for computational 1 flavor synthesis.

The analysis and classification of flavors along a continuous spectrum2 has long been a key challenge for both food science and industry. Ester chain optimisation has made rapid progress in the last decade but some hurdles remain–a coherent systems approach still falls short of unifying niche areas such as coffee flavor3. Consumer "clean label"4 concerns are also placing existing systems under increasing pressure.

In this setting, our initial research was concerned with flavor mapping following a network-based approach5 and focusing on convenience foods6. A typical study would use High Performance Liquid Chromatography (HPLC) to separate off-the-shelf products into their constituent components. The resulting fraction pool would then be quantified7 and modelled computationally8 to generate correlation analysis reports (fig. 2) between a pool of up to 4 products and the full flavor spectrum (fig. 1). Such results are typically commissioned and used to optimise production systems by 1) Reducing costs across multiple product outputs. 2) Maximising the use of waste fractions into new outputs. 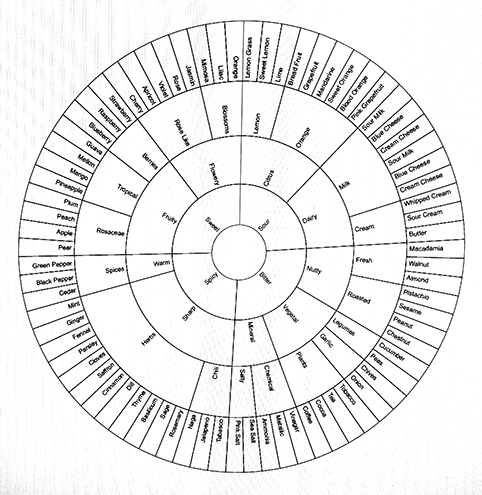 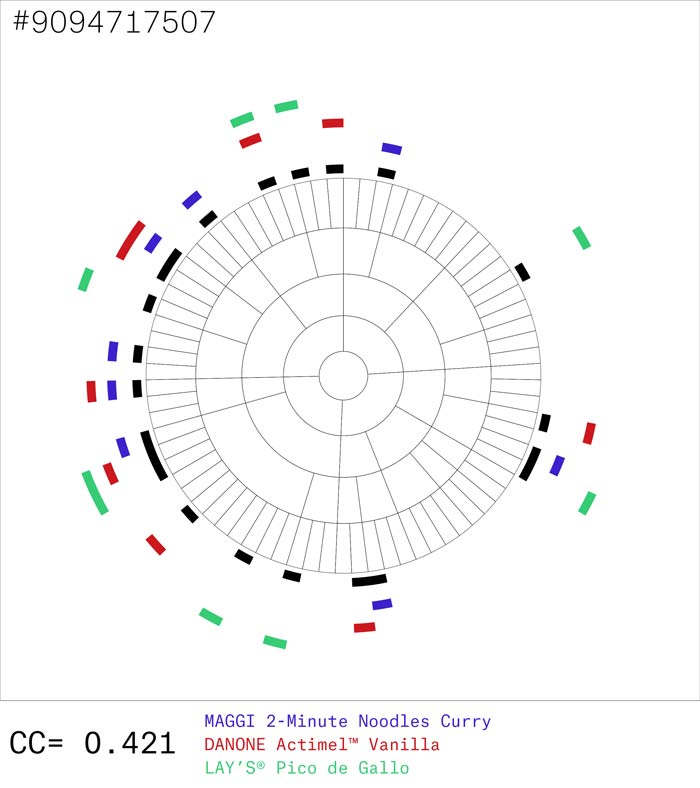 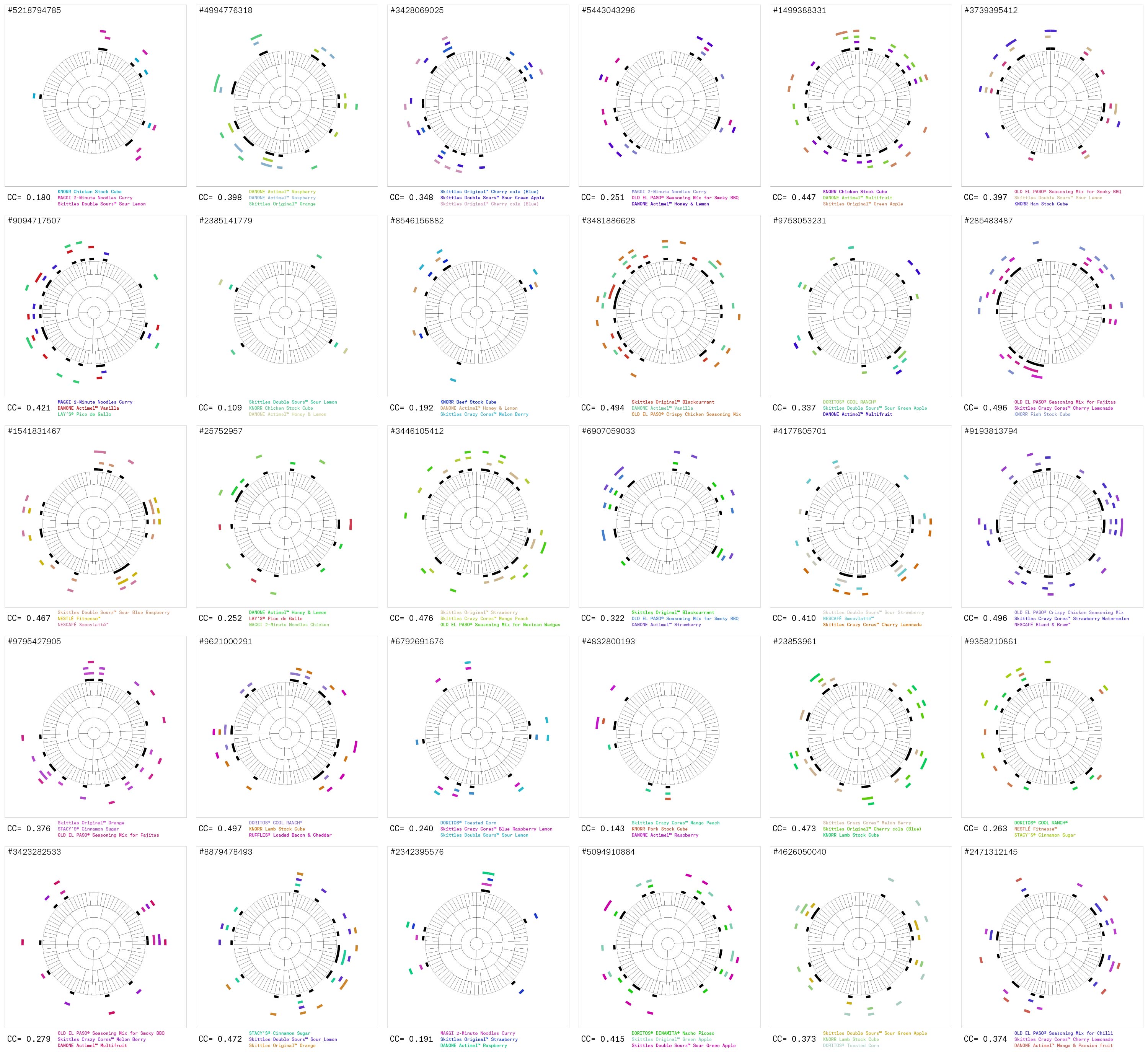 One recent study involved a top-tier market sample of 52 products on which we were running our established series of analysis methods. The sample pool was a median cross section of "shopping basket"10 items.

We were using a Correlation Coefficient variable between 0.0 and 1.0 as a proxy for mapping multi-dimensional flavor space, with 1.0 as the hypoethical perfect match with the full flavor spectrum. We routinely witnessed correlation coefficients up to a maximum of 0.54, however a specific sample of 3 products yielded a score of 0.95, meaning the cumulative pool of their components almost covered the entire flavor space.

We isolated the 3 products (Coca-Cola Company's Coca-Cola Classic™, Fanta Orange™ and Sprite™) and were able to reproduce coefficients between 0.94 and 0.96 in subsequent experiments. Checking the spectrum footprint against our existing databases revealed that the missing 0.06 to 0.04 could be closed significantly with the addition of a fourth source: Monosodium Glutamate (MSG)11. The resulting pool (further referred to as CFS(m)) was ranked at up to 0.984 correlation coefficient by our model (fig. 3). Given the 0.15 error margin generally accepted by the flavor industry this is equivalent to a confident match with the full flavor spectrum.

On the basis of this exceptional match, we designed a study to test the hypothesis chemically, the results of which are detailed here. Our aim was primarily to test the viability of CFS(m) in reproducing a range of flavors from our convenience foods database and, should this be successful, to establish protocols for the systematisation of CFS(m) synthesis for further experimentation, reproducibility and characterization.